The last warm Saturday of September was 35 Knots in Mirns to test a farm-fresh, crackling Cabrinha Moto 2020.

When something special came out of the kitebag on the field next to us. We could see an old kite by the wrinkles of the canvas. Of course we wanted to know more about that. We got into conversation with a few locals, from Mirns who had organized “Old Shit Day” with friends. Get the oldest kites from the attic and sail! 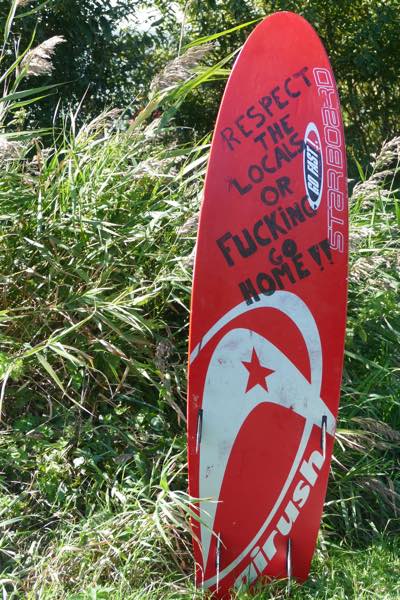 These early kiters told us that the kite surf spot, which used to be smaller, was later expanded with a piece of land from the local farmer. Fortunately, because it can be quite busy here. They feel involved in the ins and outs of the kite spot. They have also placed the information board on the kitesurfing field of the Mirnser Klif. 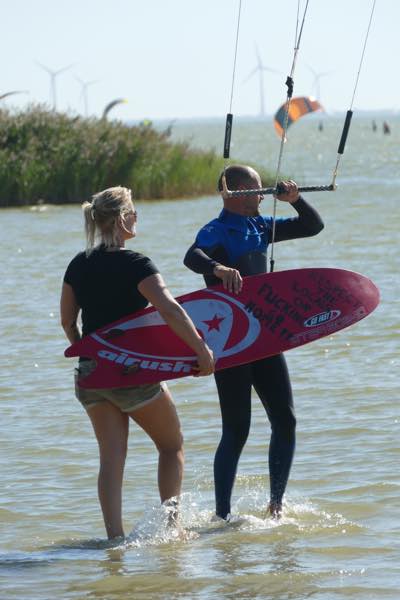 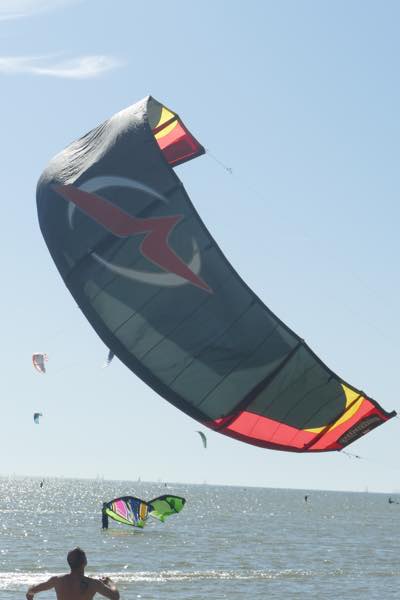 The kite surfing spot is nice and shallow and therefore popular with different kite surfing schools. At the beginning of the lesson you see students walking towards the edge of the spot like a column of bats.

Anyway, let’s see what came out of the bag …

A Windwing Outrage of around 15 years old. Designed by American Bill Hansen, famous surf sailor / kite designer and founder of Windwing. In February 2006, Bill says goodbye to his child who has started to “puberty” and leaves Windwing with a fight and differences of opinion. The production of these kites in China stops and this is the end of the 24 year old brand. 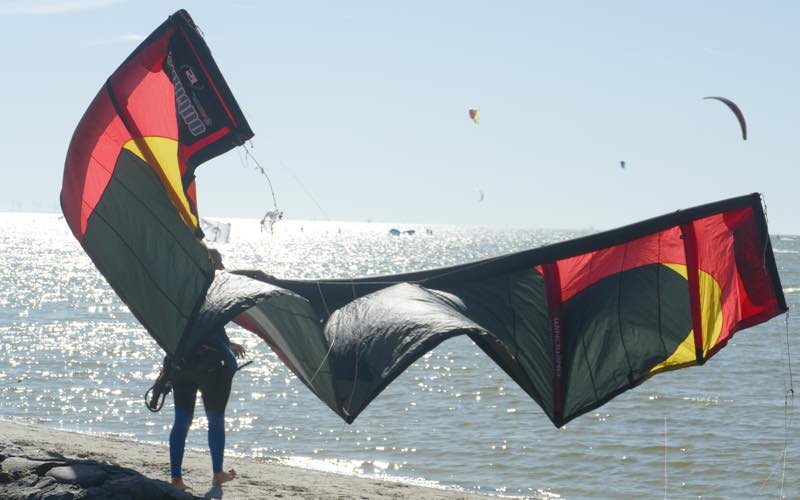 Back to the kite. The Outrage is a C-shape kite made for jumping and with a in that time progressive jumpstart relaunch system. There still is a little sail batten in the wingtip. The owner told me that he can go to the museum in no time, but not today. 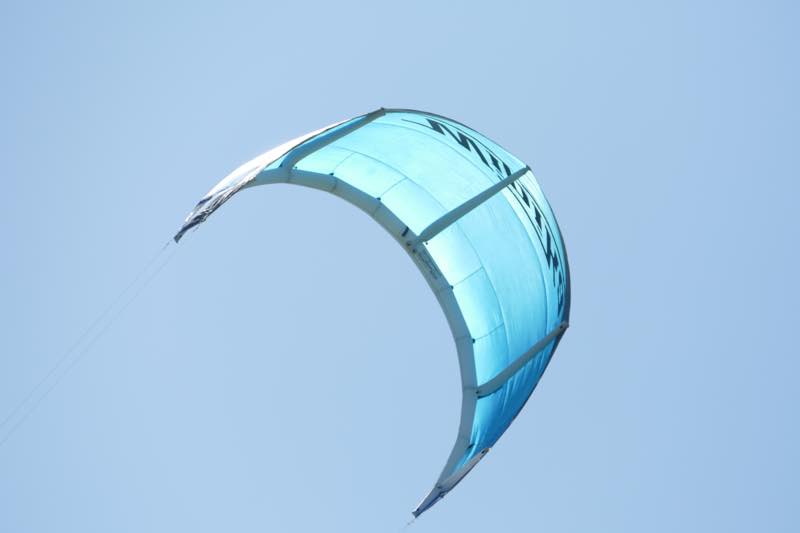 Then we also see a Wipika Hydro 9, Flat area 12.2 (C-shape). The 9 stands for the size when it is in the air (the so-called projected area). Wipika kites were developed by the French brothers Bruno and Dominique Legaignoux and brought to the market in 1997. They patent the 2-line C-shape tube kite, which they had already invented in 1994.

In 1999 they developed the first 4-line C-shape kite and in 2005 they came with Cabrinha on the market with a bowkite and their second kitemak Takoon. The bridles are only at the leading edge. This makes the C-shape kites much safer because the pulling power of the kite can now be reduced to almost zero. That was desperately needed, because the sport at that time suffered from quite a few accidents, some of them fatal.

On a kiteforum (2008) I see the following question "Does anyone have experience with the Wipika 9?"  The response: "Is this a serious question? The kite is prehistoric (probably from 2002) and performs around 30% on all fronts compared to the current kites ... "

The Wikipa brand also no longer exists. The Legaiggnoux patent is infringed by illegal copying, and later other kitem brands challenge the patent in Europe.

After thirteen years of litigation, the brothers lose their patent, writes Bruno Legaignoux on his site. Anyway, let’s not forget what role these old kites played in the development of today’s kite! 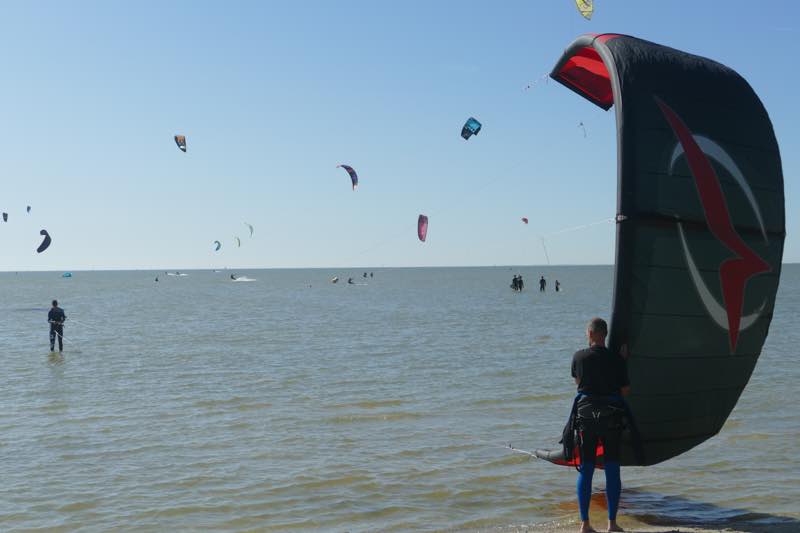 18 kite surfing tips for the Winter

Are you not afraid of winter? Do you continue to kite? Read tips on how to stay warm and what signs of hypothermia are here.

What are good earplugs for kite surfers? Prevent surfers ear by using the right earplugs for in the water. Protect your ears from cold and dirt.